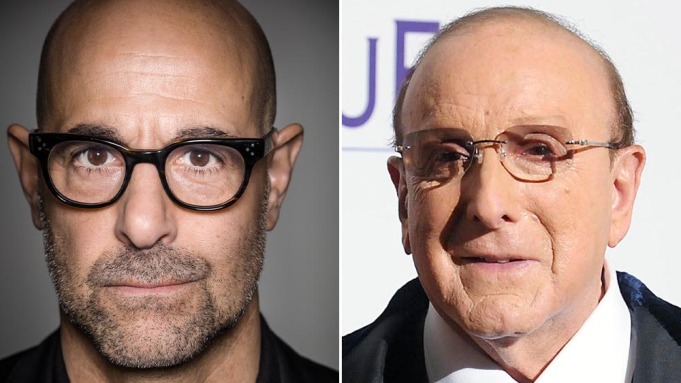 EXCLUSIVE: Oscar-nominated actor Stanley Tucci has been tapped to play Grammy-winning producer Clive Davis in the biopic I Wanna Dance With Somebody, the upcoming feature film about the late musical icon Whitney Houston.

Naomi Ackie will play Houston in the musical biopic, which is based on Houston’s epic life and music. Kasi Lemmons is directing, with Anthony McCarten penning the script. Davis was the lawyer-turned-music producer and executive who had an extraordinary eye for spotting talent. That ability to find a star before they erupted on the scene led him to the wildly talented Houston before anyone knew who she was and, and he guided her to becoming a star.

Alongside McCarten’s Muse of Fire Productions, the film is being produced by Pat Houston on behalf of the Houston Estate; Davis; Larry Mestel on behalf of Primary Wave Music; Denis O’Sullivan (Bohemian Rhapsody) and Jeff Kalligheri for Compelling Pictures; Matt Jackson of Jackson Pictures; and Molly Smith, Trent Luckinbill and Thad Luckinbill for Black Label Media. Primary Wave Music is a partner of the Houston estate.

Houston is the most awarded female music artist of all time and one of the bestselling recording artists of all time, selling more than 200 million records worldwide. She won six Grammy Awards, 16 Billboard Music Awards, 22 American Music Awards and two Emmys among many others. Houston made her acting debut with the romantic thriller The Bodyguard, which she recorded six songs for the film’s soundtrack, including “I Will Always Love You.” The song won the Grammy Award for Record of the Year and became the best-selling physical single by a woman in music history. The soundtrack album won the Grammy Award for Album of the Year and remains the bestselling soundtrack album in history.

Houston, who died in 2012 at age 48, was posthumously inducted into the Rock & Roll Hall of Fame and became the first Black artist to have three RIAA Diamond Awards.

Tucci can currently be seen in Max Borenstein’s Worth opposite Michael Keaton. Up next, he will be seen in The Kings Man opposite Matthew Goode and Gemma Arterton, and Lionsgate’s Moonfall directed Roland Emmerich.

Tucci is repped by CAA, Anonymous Content and Curtis Brown.